You could admire the ruins of the Roman Forum, Trajan's Forum, Trajan's market the first commercial center of the Roman Empire. If you would want to be able to walking in the old streets of the empire and touch the remains of their palaces. The next step is the Coliseum, Flavian amphitheater built in AD 70, can not miss to visit internally to walk between its rings, climbing the stairs the same as the ancient Romans were rising. The Colosseum was used for gladiator fights and a variety of events such as hunting animals, simulated battles., I Just in front to the Colosseum the Ludus Magnus or the great Gladiatorial training school is the largest of the gladiatorial arenas. It was built by the emperor Domitian (81-96 AD) After the visit of the Colosseum you can take a picture the Palatine Hill as part of so-called Roma Quadrata. The Palatine is the most central of the seven hills of Rome and is one of the oldest parts of the city. Remains of the residence of Augustus' wife Livia, and the garden of the emperors.

We visit St Peter in Changewith the masterpiece The Moses by Michelangelo.

The last strop will be the Aventine Hill, the famous keyholl from Malta Ambassy. 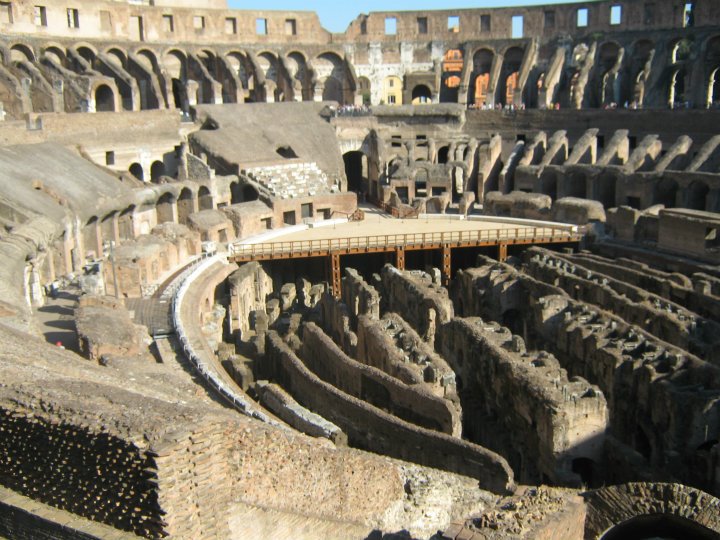